Lesson 58 of the Discipleship Making process.

Forty days had passed since Jesus was raised from the dead. During that time He told the disciples many things concerning the kingdom of God and opened their minds to understand the Scriptures. He explained to them that it was written that the Christ would suffer and rise again from the dead on the third day and that repentance for forgiveness of sins would be proclaimed in His name to all the nations beginning at Jerusalem. And He told them that they were to be witnesses of those things.

On the fortieth day Jesus gathered the disciples together and led them out of Jerusalem to a place on the Mount of Olives near Bethany. When they arrived He commanded them not to leave Jerusalem until He had baptized them with the Holy Spirit a few days hence. Somewhat puzzled they inquired of Him if He was going to restore the kingdom to Israel at that time. He replied that it wasn’t for them to know the times or epochs established by the Father but that they would receive power when the Holy Spirit came upon them.

Then He issued His last set of commands, which today has come to be known as the “Great Commission”. After that He blessed the disciples and ascended into heaven while they watched. They were awestruck! As Jesus continued to rise, a cloud (The specific cloud that is being talked about in Hebrew is called the Sh’khinah: the cloud of glory. It is the same cloud that led the Israelites in their wilderness wanderings, became a pillar of fire at night and filled the Temple of God. It always indicates the presence of God.) received Him out of their sight. Then two angels appeared and told them that He would one day return to earth in the same manner that they had seen Him leave.

Jesus had a way of making His points memorable and they certainly weren’t subtle. When He issued His last set of commands to the disciples He coupled it with His ascension into heaven. Talk about emphasis! Most of us are readily able to recall the first and last items on a “to do” list we are given because are brains are wired that way. But Jesus made sure the disciples didn’t forget the first and last things He told them.

Think back to Jesus’ first command to the disciples. It was “Follow Me”. And Jesus issued it in conjunction with a miraculous fishing trip. The point He was making to them was, I want you to hear and obey my voice and when you do what I have told you to do; miraculous things will happen that bring blessing. With the command to “Follow Me” Jesus also promised the disciples that He would make them fishers of men. And now, three and one-half years later Jesus was commissioning them to do that very thing.

By combining the three synoptic gospel accounts we get a clear picture of exactly what the Great Commission is and what Jesus commanded the disciples to do:
And He said to them, “Thus it is written, that the Christ should suffer and rise again from the dead the third day; and that repentance for the forgiveness of sins should be proclaimed in His name to all the nations, beginning from Jerusalem. You are witnesses of these things. Go into all the world and preach the gospel to all creation.

And behold, I am sending forth the promise of my Father upon you; but you are to stay in the city until you are clothed with power from on high.

All authority has been given to Me in heaven and on earth. Go therefore and make disciples of all the nations, baptizing them in the name of the Father and the Son and the Holy Spirit, teaching them to observe all that I commanded you; and lo, I am with you always, even to the end of the age.

He who has believed and has been baptized shall be saved; but he who has disbelieved shall be condemned. And these signs will accompany those who have believed: in My name they will cast out demons, they will speak with new tongues; they will pick up serpents, and if they drink any deadly poison, it shall not hurt them; they will lay hands on the sick, and they will recover."

So then, when the Lord Jesus had spoken to them, He was received up into heaven, and sat down at the right hand of God. And they returned to Jerusalem with great joy, and were continually in the temple, praising God. And they went out and preached everywhere, while the Lord worked with them, and confirmed the word by the signs that followed.
At the heart of the Great Commission is the imperative to make disciples. It was Jesus’ full time occupation from the day He entered ministry at His baptism until He ascended into heaven. During His 3½ years of ministry, Jesus modeled the process of making disciples and then commanded all those who had followed Him to do likewise. The discipleship process involves five steps. They are:

The disciples followed Jesus’ instructions perfectly and the initial results are played out in the pages of the book of Acts.
The point of the lesson is:
God has given us:
In order to do this work He has also given us:
With that, allow me to leave you with the ultimate homework assignment, along with a couple final questions to consider:
As we close this last lesson, be reminded that you have now gone through the spiritual maturity process and the responsibility is yours to accomplish the will of your Father in heaven. The Journey With Jesus blog site and/or series of books will help give you a guideline to accomplish the task that is set before you.

What is God’s will for your life? and Will you do it?

“Not everyone who says to Me, ‘Lord, Lord,’ will enter the kingdom of heaven, but he who does the will of My Father who is in heaven will enter. Therefore everyone who hears these words of Mine and acts on them, may be compared to a wise man who built his house on the rock.” Matthew 7:21, 24

Jesus says, "If you love me, you will obey what I command . . . Whoever has my commands and obeys them, he is the one who loves me. He who loves me will be loved by my Father, and I too will love him and show myself to him . . . He who does not love me will not obey my teaching. These words you hear are not my own; they belong to the Father who sent me . . . If you obey my commands, you will remain in my love, just as I have obeyed my Father's commands and remain in his love." John 14:15-15:10

“The things which you have heard from me in the presence of many witnesses, entrust these to faithful men who will be able to teach others also.” 2 Timothy 2:2

Posted by Appointed Time at 3:35 PM 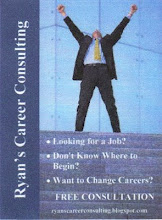